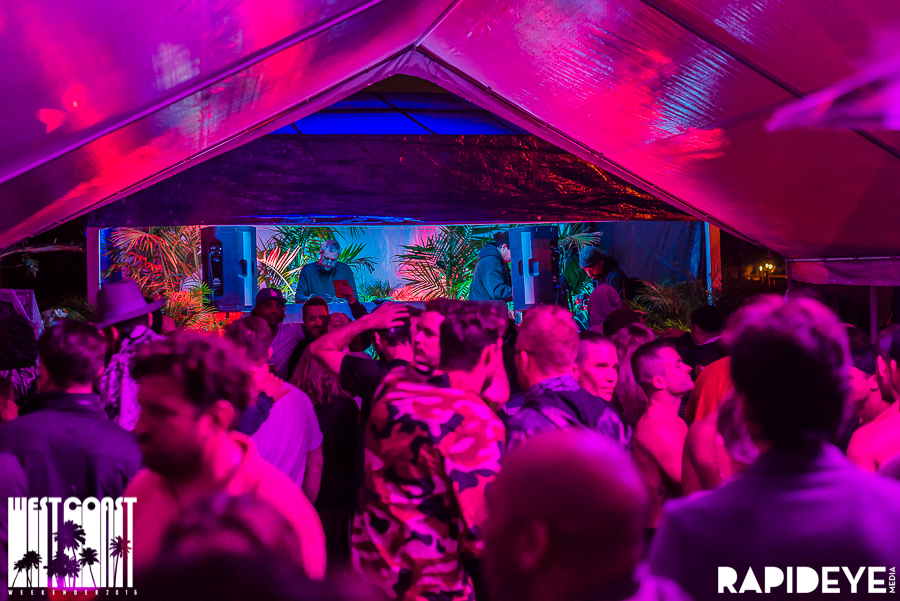 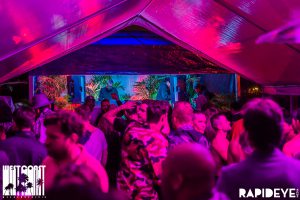 The noise of excited chatter waxes and wanes over the upbeat swing of “Mushroom Jazz” under downtown San Diego’s night sky.  It’s a cool-ish Sunday night by Southern California’s standards, but DJ Mark Farina’s jumping tempo is heating up the crowd.  Soft red lights pair with jubilant laughter and the clinking of drinks toasting, as hundreds of dancing feet give it all they’ve got, taking their last swift steps of the weekend.

The setting is the second year of boutique music festival West Coast Weekender, and the talkative atmosphere is reminiscent of a longtime reunion.  At this part concert, part conference, the music is the focus – but the people are too, realizing that the two are interchangeable.  This crowd is music. This crowd is art. This crowd is dance.

The relationship between the DJs and the audience is an active one at the Weekender, a more mutual effort from the conscious crowd who are more participants than spectators.  As they say, it certainly takes two to tango.  The energy remained high from start to finish, an indication of the veteran types that have mastered the art of the party marathon.  House music, techno, disco, funk, and drum and bass initially attracted the droves of danceaholics, dubbed “Weekend Warriors”, but the vibes are what made them stay. 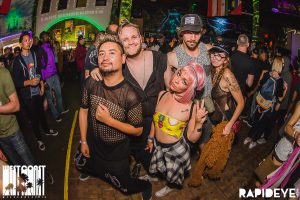 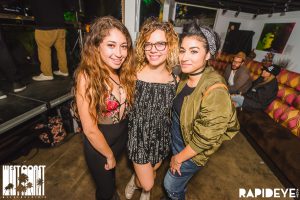 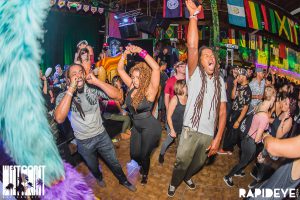 Though the feeling in the air has an old school flair, characterized by attendees with years of musical experience under their belts, the vibe remains warm, inviting, approachable.   With industry leaders and renowned artists coming to speak or perform at West Coast Weekender, everyone in the crowd is likely doing big things in the scene, yet the theme is not to impress – but to express.

As one of the younger members in attendance at the thousand-person event, I still felt deeply welcomed by all – something not always prevalent at shows, whether it’s a hip hop concert, a rock hall, or an exclusive club with better-than-thou bouncers.  (Even the “radically inclusive” Burning Man gatherings I’ve attended aren’t as amiable).  Young or old, gay or straight, white or black, male or female, and everything in between were unimportant factors to the interwoven crowd of creative doers.

More impressive was the convergence of urbanites from all over – San Diego, Los Angeles, San Francisco, New York, Chicago, Miami  – discovering commonalities, pushing passion in place of separation. Bear with me on the vague analogy, but it’s kind of like that intense thrill you get when two of your best friends finally meet each other for the first time – and you watch those magic sparks fly. 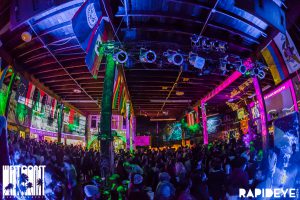 Coined as “a weekend of music, dance and culture in Southern California”,West Coast Weekender highlighted the alternative dance music scene that has been busy brewing underground all along, but begged to be celebrated more in the limelight.  Throughout the various scenes of dance music, genres that are hot now were once unpopular to the public opinion, without open air to thrive.  But today, we have the opportunity to groove on a late spring weekend in the gem of America’s Finest City, a.k.a. San Diego’s Balboa Park, full of history and culture.

More specifically, Balboa Park’s Worldbeat Cultural Center served as the meetup for Saturday and Sunday’s lineup, a colorful venue that hosts several vibrant festivals and events, with dance music being no different.  In tune with this theme, Thursday and Friday of the Weekender kicked off at Queen Bee’s Arts and Cultural Center in North Park and the charismatic Spin Nightclub, respectively.

The 4-day fest fostered panels and workshops in the daytime, from music-making tutorials for producers to deep house yoga.  Panels included input from experts, DJs, and organizations like Give a Beat and DJ Times.  Overheard conversations quipped that the Weekender was evocative of “how Miami’s Winter Music Conference used to be,” referring to the days before thousands swarmed the conference, now highly priced and harder to book accommodations.  I’ve personally never been to WMC, but the comparisons to the older fest were complimentary. 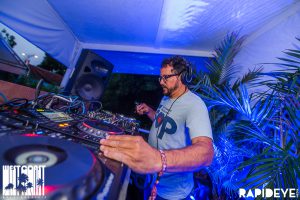 A mix of acts on the lineup decorated the decks from around 3PM to 3AM each day.  Mark Farina, Oliver Dollar, LTJ Bukem, Purple Disco Machine, Walker & Royce, Marques Wyatt, Manik, Sunshine Jones, Manoo, Rich Medina, and dozens more delivered their chops, showcasing a broad range of both upcomers and staples of the scene.  However, with the “scene” encompassing everything from sweet funk to heavier drum and bass, it’s clear that West Coast Weekender is developing its own scene.  With nothing quite like it on this side of the dance nation, the Weekender has already begun sprouting its inherent community and traditions.

We loved the dance circles that engulfed every dance floor, each dancer breaking necks with their styles.  We loved the variety of production, decor, and bright personality that characterized all 3 venues.  We loved the delicious food that reeled in your nose until you found yourself digging into a juicy TJ dog (if you don’t know what that is, you need to).  We loved the live music and instruments that snuck in to surprise us; the pleasant additions like Drummer John banging away to the beats on the dance floor. 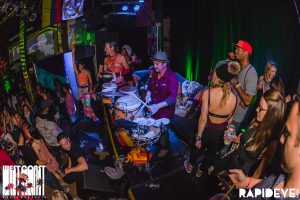 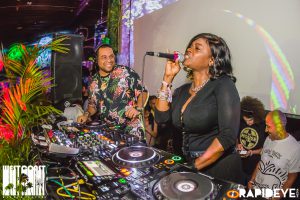 One more tradition that seemed pretty special?  The return of light rain this year, now making an ethereal appearance both years of the festival.  With tents and heaters prepared at the outdoor stage, the misty drizzle was not too apparent, but still sprinkled the intimate event with a pitter-patter beat.

It reminded me of the first year’s Sunday rain; the comforting refresher that comes at the end of every story, washing the earth clean while simultaneously providing water for our SoCal city to rise up.  Yet although the rain garnished the end of the weekend once again, it’s clear that this is only the beginning of West Coast Weekender’s beautiful story.  I’m just happy to write the introduction.