In 2016, the inaugural West Coast Weekender went down as one for the books.  Successfully fusing all generations of the underground, the Weekender established itself as both a boutique festival and music conference – further emboldening San Diego’s place on the dance music map.
With that in mind, the bar is set pretty high for 2017.  In an attempt to top last year’s epic beginning, here are several new enhancements to the festival that event organizers have revealed: 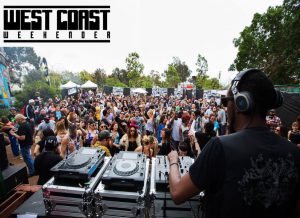 Start the Weekender on Thursday this year!  All Weekend passes now include not just 3, but 4 nights of music and events.
Queen Bee’s Art and Cultural Center kicks off the festival with a PreParty Thursday afternoon.  DJs will be spinning all day from 3PM to midnight to warm up the weekend.  Attendees can look forward to meet and greets, drinks and dancing at this affable North Park venue that serves as an exciting starting point.

With such a momentous turnout in its first year, the Weekender has extended its Friday night event at Spin Nightclub to include a rooftop day party.  Instead of waiting for nightfall to feel the music, Friday’s event launches at 3PM so that attendees can enjoy more artists on the lineup.  Celebrate music on the rooftop while the sun sets over beautiful downtown San Diego! 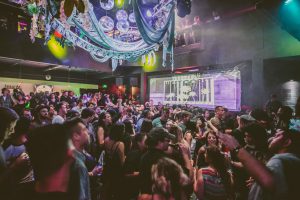 As the Weekender is both a festival and a music conference, there are some exceptional new panels this year.  In response to feedback from last year, several panels hosted by industry leaders focus more on musical production.
One panel we are most excited for is The Art of the Remix / The Last 30 Years moderated by DJ Times.  The discussion will cover a lot of ground on remixes, from how they have evolved in pop culture, the art and science behind them, origins and more.  Marques Wyatt, Manoo, Mr. V and several more seasoned selectors on the panel are sure to make it an interesting one you truly will not want to miss.
Actually, with panels occurring early in the day, you won’t need to miss any of them!
You can check out all the panels here: Panels 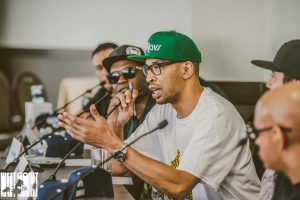 Speaking of musical production, Saturday brings an ultra cool opportunity for musicians to uncover the secrets of Ableton Live through an exclusive Weekender workshop.  Chris Annibell, co-founder of The NXWAV will lead the 2-hour introductory class that aims to fuel the creative process by using the popular software.  However, only a few spots in the class remain, so snag one on the Ticket Page if you want to make some music!

Get ready to be wowed by two brand new stages built by SD Union.  Known for their eye-catching builds and legendary bass events, we sincerely cannot wait to see what they have in store for the Weekender. 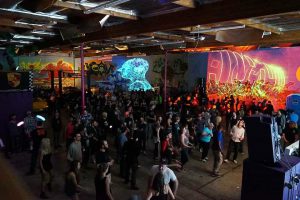 Four West Coast muralists will display their talents throughout the weekend, though they wish to remain unnamed.  Their one-of-a-kind creations come alive off the walls and push the limits of design.  Since last year did not feature any muralists, it’s inspiring to be present for new projects. 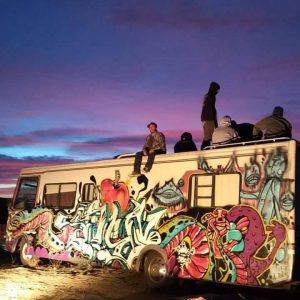 This year, ins and outs will be allowed for both VIP and GA as well, as long as you re-enter the festival before 7:30 PM (time subject to change).  This gives you a chance to take a break from the 12-hour days, although each venue serves fresh restaurant quality food, so that wouldn’t be a reason to bounce!

With all the creative energy from event producers, artists, and attendees from around the globe, it’s safe to say there will be a multitude of new experiences from Thursday to Sunday.  Whether you crave new art, new friends, or a new mindset, prepare to witness the West Coast’s best.